{p}Mr. Dimitri A. Khalezov, a former Soviet citizen, a former commissioned officer of the so-called “military unit 46179”, otherwise known as “the Special Control Service” of the 12th Chief Directorate of the Defense Ministry of the USSR.{/p}

{p}The Special Control Service, also known as the Soviet atomic (later “nuclear”) intelligence was a secret military unit responsible for detecting of nuclear explosions (including underground nuclear tests) of various adversaries of the former USSR as well as responsible for controlling of observance of various international treaties related to nuclear testing and to peaceful nuclear explosions.{/p}

{p}After September the 11th Khalezov undertook some extensive 9/11 research and proved that the Twin Towers of World Trade Center as well as its building 7 were demolished by three underground thermo-nuclear explosions – which earned the very name “ground zero” to the demolition site. Moreover, he testifies that he knew about the in-built so-called “emergency nuclear demolitions scheme” of the Twin Towers as long ago as back in the ‘80s – while being a serviceman in the Soviet Special Control Service.{/p} 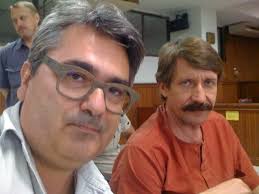