Joe Olson did a total of sixteen, live, in-studio interviews of one or two hours each with Jon
Matthews of KPRC Radio on METRO rail corruption and future 200 mpg hybrid electric autos
during this period. Also three one hour studio interviews with an attorney, Jim Evans on his KTRH radio program and one with Michael Harris of KCOH.

In addition, there were numerous articles written and published in community newspapers and dozens of short interview clips on all of the local TV stations. Of particular interest is the “One Track Mind” article in the March 21, 1991, Houston Press. In this article, I disclose the corruption of METRO and city officials and the blatant extortion in the rail contract. See
corruption back story.

During the six-year Mayor Bob Lanier period there was no discussion of rail in Houston.
METRO, however, was able to amend the state law to allow non-competitive bid construction.

When Lee Brown was elected mayor powerful forces directed a no-bid trolley which we will
suffer with for the next fifty years. To implement this policy the Houston Chronicle ran it’s one and only mention of my rail proposal on Oct 12, 1997. This was half page, cover of the Outlook Section, complete with quarter pager rendering. A pure provocateur piece designed to introduce Main Street as the new corridor, but with no intention of ever allowing debate on the type of system or service area. Call it ‘peer’ review, Houston style.

As disclosed in the “One Track Mind” article in the Houston Press, Mar 21, 1991,
METRO was proposing a ‘no-bid contract’ in violation of state law Vernons Code 664-4 and
when I brought this subject up in a one-hour private meeting with future mayor Bob Lanier, he told me that a prominent Houston contractor had told Bob….”If we don’t have to bid against anybody we can hide $200 million of excess profit in this billion-dollar project and we can all get rich on this.”

On Monday, June 25, 1990, appointed, Black METRO Chairman Anthony Hall held a press
conference for Houston’s Black news media in which he dictated…”I need to make this rail
thing happen and here’s what you are going to do; you are going to write what I tell you to write, you’re going to interview who I tell you to interview and you’re going to print what I tell you to print. If you don’t do this you will not get any advertising or printing money out of the City of Houston or out of METRO.” My rail went through Black neighborhoods connecting them with travel, business and education opportunities but the message was clear, you ‘shuck and jive for the man’ or you won’t get any of the crumbs that fall off the table. 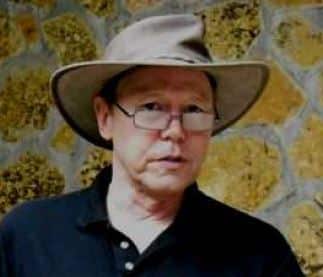 In a one hour meeting with the METRO General Manager, Robert MacLennan, PE, I informed
him that the proposed no-bid contract was in violation of state law and he replied: “Yeah, I know we’ve got our attorneys working as hard as they can to find a way around that state law.”

A government agency was using taxpayer’s money to pay attorneys to find a way around a state law designed to save taxpayers money.

My rail proposal involved high-speed heavy rail doing what rail does best: going long distances in a straight line at high speed. Houston has one-way traffic on Fannin and Travis parallel to Main and low rise overpasses on cross streets would have freed Main Street for a pedestrian and rail mall. My thumbnail pitch involved a poster of existing Main Street and a rendering of this possible future.

I made a hundred public speaking engagements to civic clubs and received standing ovations from thousands of Houstonians. I was never invited to a debate. I never had a follow-up question from the city council or METRO Board members during dozens of public comment presentations. Why allow discussion if the backroom power brokers have already decided how the public was to be fleeced. Life in the land of the free.

METRO has delivered a seven-mile-long 19th-century trolley for one billion dollars. Google
“High Noon on Main Street” to see my latest efforts for free and open debate.